In 1974 a public defender tried to use a “traumatic war neurosis” defense for a Vietnam veteran who was facing prison time for a breaking and entering charge. The judge refused the war neurosis defense saying it was not an official diagnosis in DSM-II, the current edition of the Diagnostic Statistical Manual of Mental Disorders.

Shatan assumed that Spitzer was working on developing a war neurosis diagnosis to include in DSM-III. It was common knowledge that the Vietnam War had caused psychological problems for many veterans.  Time magazine published an article Shatan wrote called “Post-Vietnam Syndrome” (May 1972).  According to The Evil Hours: A Biography of Post-Traumatic Stress Disorder by David Morris, what happened next was a pivotal moment in the history of PTSD.

Spitzer told the attorney there were no plans to include a trauma diagnosis in DSM-III.  His reason: no research to support it. When this got back to Shatan he was outraged. Spitzer was on a mission to promote an empirically based, biological model of psychiatry.  The idea that an external event could cause mental illness did not fit his rigid medical model.

Shatan went to work assembling a team that included Dr. Robert Jay Lifton, a well-known psychoanalyst, writer, lecturer, and activist against the Vietnam War, to document the existence of combat stress reactions.  They developed a questionnaire and began collecting data.

Sarah Haley, a social worker at the Boston VA Hospital, and Jack Smith, a Marine who served in Vietnam, worked after hours reviewing veterans’ medical records.  They found that about 90 percent of veterans admitted to psych wards had official diagnoses such as anxiety, depressive reactions, and schizophrenia, but almost all of them had an unofficial diagnosis written in parentheses: “TWN” – traumatic war neurosis, an old WWII term for combat stress.

Shatan’s team collected data on 724 veterans.  They wrote up their findings and presented their research on “post-catastrophic stress disorder” at the annual APA convention.  After the name was changed to Post Traumatic Stress Disorder and the description of the diagnosis was stripped of any reference to social context such as the Vietnam war or the distinction between natural and human caused disasters, PTSD was included in DSM-III published in 1980.

The veterans and mental health professionals who advocated for the combat stress diagnosis had serious concerns about Spitzer’s biological model of psychiatry. They feared that reducing an individual’s emotional suffering to symptoms and diagnosis, disconnected a person’s traumatic experience from the social conditions that caused it and society’s power to change those conditions.

Lifton who served as an Air Force psychiatrist in Japan and Korea and wrote an award-winning book on Hiroshima survivors, called biological psychiatry “technicism,” akin to the body counts combat units were ordered to collect in Vietnam to give politicians data to demonstrate that Americans were winning the war.

It’s been almost five decades since the end of the Vietnam War; a new generation of troops has returned home from the wars in Iraq and Afghanistan.  The answer to questions about the impact of biological psychiatry has become self-evident.  Psychiatrists have been reduced to pushing pills, VA psychotherapists are “dosing” out techniques from manuals like antibiotics (CPT), “titrating” exposure to traumatic memories like a chemistry experiment (PE), and the VA is claiming their “empirically validated” PTSD treatments are the best science has to offer.

Next up: “Why Do Some People Get PTSD and Others Do Not?”

(For more on the history of PTSD see The Evil Hours: A Biography of Post-Traumatic Stress Disorder, by David Morris, a Marine, war correspondent, and combat trauma survivor who got PTSD treatment at the VA.)

4 thoughts on “History of PTSD ” 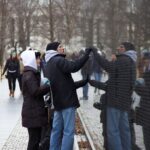 Veterans Day: a Day for Remembering 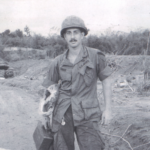 From Saigon to Kabul 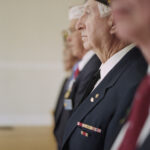 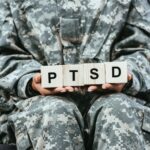 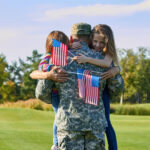 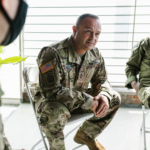 Psychotherapy, Veterans and Their Loved Ones